The Power Of Love

The UK Pop Culture Spotlight has focused itself firmly on the song The Power Of Love, first recorded for a John Peel Session at the end of 1983 with FGTH : helped out by Andy Richards on Keyboards and engineered by Dale Griffin a member of Mott The Hoople at BBC Maida Vale sound studios.  I had already started writing , words about “Love” in a big ledger that my father gave me and edited them down to what became the final version. The first few lines I first sang Live off the cuff as an intro during a PA on New Years Eve 1983 at “Heaven” a Night club that was the centre of the London Gay Universe at the time.

It was later re recorded for the double Vinyl release of Welcome To The Pleasuredome with a string arrangement by Anne Dudley. I attended the session at CTS Studios in North London with Producer Trevor Horn , where Anne conducted the huge Orchestra that also played the parts for Two Tribes. The song was sped up one semitone by the production team to shorten it’s length in the hope that radio would play it all: this affected the sound of the vocal which always slightly bothered me. As a result I vowed to re record it one day , which I did for my solo Soulstream album. I recorded a new string arrangement by Nick Ingman also at CTS Studios.

The FGTH video was re enactment of the nativity directed and shot in Israel by Godley and Creme , for me it was not a depiction of the song but an arrow aimed at the Seasonal Pop Chart imbuing the song with Christmas forevermore . It did not originally include the group: Top Of The Pops would not play the video unless the band were somehow squeezed into it, the second version with a living Golden frame was hastily produced after we returned from touring the US. The song manged to hold the number 1 slot for One week in December 1984 Eclipsed by the mighty Band Aid charity record : “Do they know it’s Christmas”  I had provided a voice over by Telephone from the USA  for the extended version and B Side of this song.

After I left the band in 1987 to pursue solo projects: In the early 1990’s a FGTH Best of was released and The Power Of Love returned to the festive charts : BANG!

While promoting the self produced and released Soulstream album I performed the song on Later with Jools Holland on piano and a string quartet playing the simplified arrangement that Nick Ingman first scored for me as the demo.

Shortly after a Trance version was produced by Rob Searle and stormed the charts in 2000. Which I believe was the third time the FGTH version had appeared in the top ten UK Chart

More recently I have performed the song Live and it is my favourite song that I perform : at 6 minutes 53 seconds into this clip below.

It’s important to remember that the song is not about Christmas and it’s not about consumerism, it’s about Love which is all most of us really want and almost All We Need. 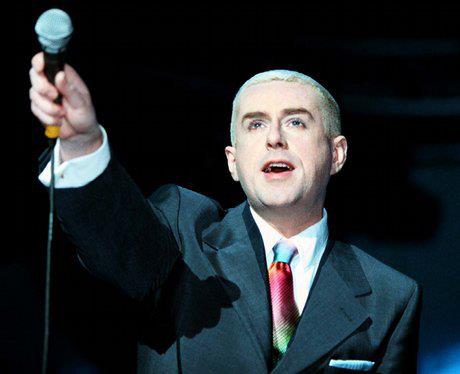